The following are the author's thoughts and immediate reflections following a great week in Brussels. There were some clear positive results from this conference and perhaps one overarching issue that came up between all of the participants (number 4 below).

While the week was going on I jotted down some ideas that arose from the proceedings. These are again personal reflections and I look forward to any responses to these.

Ideas for next steps:

Some other ideas that are more long-term in nature:

(As an after-thought, did Google not suggest that they wanted to invest in future health technologies ? Did they not also hire Ray Kurzweil? Perhaps there is a research partnership in there...)

Martin O'Dea (MBA) is a business lecturer in Dublin, Ireland. He is an activist with the Longevity Alliance and is passionate about healthy life extension. 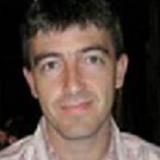