The future won’t be boring. It will accelerate in excitement. Don’t fear radical life extension - embrace it.

This death-enabling attitude is, IMO, a false and perhaps paranoid conclusion that stems, perhaps, from lack of imagination and foresight.

The future with it’s whirlwind of innovations, discoveries and opportunities for individual growth and expression will be so incredibly and wildly fascinating that the very word BOREDOM itself will become archaic, nonsensical, incomprehensible.

No one will understand what “boring” means in a century; “Boredom” will be defined as a mysterious, extinct mental condition that disappeared from human consciousness. It will be a mere sound, a rough primitive noise that got flushed down the toilet of vocabulary history.

Why do I believe the future will infinitely intrigue us?

In the past (and present), activity options were limited due to requisite drudgery of multiple tasks - should I wash dishes first, or pay bills? - but… as automation annihilates our mind-numbing chores, we’ll be provided with Time, Wonderful Time, Long Hours of Happy Relaxed Time that we devote to endless intriguing challenges and interactions.

Plus, pharmacology will provide us with a wide menu of euphoric states of consciousness. (Read essays by David Pearce and Ben Goertzel)

Boredom Will End. Life Will Be Increasingly Interesting. So… Why Die?

I believe Death remains preferable to many people because the alternative - eternity, i.e., anything greater than 300 years - seems foreign, mysterious, and terrifyingly weird. Immortalism and/or Radically Long Life is beyond the grasp of our minds, and is therefore often rejected.

This frightened attitude must be vanquished.

Deathism needs to be eliminated like other “isms” before it: sexism, racism, classism. All promoted unhealthy systems that squelched human potential. Sexism, Racism, and Classism were all viewed as “the natural order.” Their overthrow, aided by science, secured a more enlightened paradigm.

Life is Magnificent, Aging is Degrading

Radical Life Extension / Immortalism is the next step for humanity in the The Enlightenment. Restraints on human spirit are overthrown when the misogyny is obliterated, when the bigotry is toppled, when feudalism and class repression are shattered.

The greatest challenge is now before us. Death. The Grim Reaper.. let’s slay him with the skills of our scientists.

Many researchers suggest that Death will soon be annihilated - let’s focus on the finish line, let’s sharpen our dedication, let’s sprint to victory with our nanotechnology / stem cells / bio-engineering / and other emerging technological advances.

We see the goal now - the bull’s eye is large and crisp. Let’s accelerate Radically Long Life - let’s move it closer and faster to ourselves and our loved ones.

Obliterating Death requires a two-pronged attack. Science has to conquer the scourge, but, unfortunately, science is impeded by a stubborn obstacle that’s historically stone-walls progress: the narrow, anxiety-ridden, change-adverse conservatism of most human minds.

Eliminating, or drastically delaying Death, needs to be regarded as the highest, most desirable priority by the majority of humans.

We don’t want to go on living like moles shivering blindly in dark tunnels… we can emerge into light. We don’t want to exist like insensible barnacles in murky depths of a heavy trough… we can lift ourselves into a free world, giddy with adventure.

As co-founder / co-director of the USA Longevity Party, I believe our primary challenge and responsibility is to educate, persuade, and mobilize America with Radical Life Extension memes. Defeatist, deathist, stagnant paradigms need to be eradicated and replaced with optimistic, affirmative visions.

Flimsy, stale arguments against Radical Life Extension need to be countered and revealed for the reactionary pessimism that they embody.

Wars must end. Humans need to realize - as Nicolai Fedorov did - that the Common Enemy is Death and the Common Goal is Life.

Wasting resources on weapons of interspecies destruction is directly and indirectly suicidal. If the budget for Development of Defense, i.e., Destruction and Death, was diverted into Radical Life Extension, our lives would lengthen exponentially.

Peace = Immortality is an equation the USA Longevity Party should consider.

An additional strategy I propose for advancement of Radical Life Extension is to… slightly curtail our heavy lamentations about the horror of Death. Perpetually gnashing our teeth about old age and accompanying infirmities is an unwise strategy because many young people can’t grok the grotesque dismay of physical and mental decline. Plus, petitioning for immortality because Death is wasteful, disgusting, cruel, etc., is essentially a “negative” campaign.

Praising and promoting Life EverLasting gives transhumanists a powerful role, as ecstatic clairvoyants and scientific messiahs. This is far more fun than whimpering about the morbid sadism of death.

Let Us Extol and Champion Unending Excitement and Bliss!

Let Us Proselytize Our Optimistic Vision!

Let Us Party for Life! 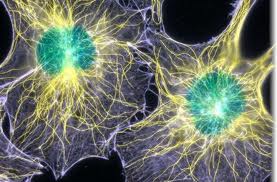