Sixty Years Old - is my future short and messy, or long and glorious?

Has my memory been eaten by prions? It seems like just yesterday I was a very young man. A cub, a pup, a sapling, a sapling, a green twig, a mushroom primordia. How did the years disappear? Why am I almost… 60?!

“When atheists turn sixty, they suddenly become transhumanists interested in immortality,” says my new acquaintance, John Shook of the Center for Inquiry. Gulp! He’s nailed me…

My yellow thumbnail fell off this morning, rotted by fungus. Two root canals and I’m “long in the tooth.” Neck wrinkled like an iguana, polyps inside and a hemorrhoid you don’t want to hear about.

But.. I’m still semi-slender-and-fit… around young men I brag pathetically, announcing that I did 3,000 jumping jacks in an hour and 1,100 pushups in a day.

Should I quit eating wheat? Should I join Cross-Fit? Will my 4 hours of sleep every night give me Alzheimer’s?

Have you seen this video below? The dude is strong, but will he be amazing at 70?

What are my chances of living forever? Las Vegas bookies would bet 1,000-1 odds against it, and my young rude children assume I’m a total goner, with their persistent questions like, “do you think your death will be painful?” and, “how afraid are you?”

Obviously, I could croak any day, A jet plane could crash on my head, I could be slain by a psychopath, or concussed into oblivion after a clumsy trip jogging down the Filbert Steps. Medically, one of my thus-far benign polyps could morph into maliciousness, or my heart - slightly arrhythmic - could burst asunder, like my Uncle Francois’s did recently in a Hollywood crosswalk.

I’m optimistic though. I believe I have an excellent chance of never kicking the proverbial bucket. Here’s a trio of scenarios in which my person extends infinitely deep into the future:

The Singularity Saves Me The approximate date of “the end of history as we know it” is 2045, well-within my grasp. Sure, I’ll be 93 by then, but my grandmother lived to be 102 and I eat a big salad everyday, just like she did. My 23andme.com analysis was also encouraging. When super-Smart and super-Friendly AI emerges in 2045, Age Reversal is going to be the #1 challenge it will aim it’s huge benevolent brain at solving. By 2048, billions of us might be able to say again, “I’m only 29.”

SENS Succeeds Gerontologist Aubrey de Grey is chipping away at the inconvenient problem of Human Expiration by attacking it on multiple fronts. His SENS (Strategies for Engineered Negligible Senescence) Foundation opened up a battlefront in 2009 in Mountain View, California, only 38 miles from my doorstep. Progress will accelerate quickly when Silicon Valley CEO’s start donating a few trillion $$$$. SENS’s goals will be helped by other international researchers: German nanotechnologists, Chinese genetic engineers, Israeli stem cell biochemists, etc.

Russia 2045 At the February conference in Moscow, 31-year-old media mogul billionaire Dmitry Itskov launched a mission to annihilate Death, like an exterminating savior. Numerous Slavic oligarchs support his crusade. How do they intend to mothball the Grim Reaper? Vladmir Konyshev, President of Neyrobotiks, says “Our Weak Body Must be Replaced”. Russia 2045’s plan is to re-create human brains as computers and harbor them in cyborgs. I want to be all-metal-all-the-time, so Dmitry, put my name on the “guinea pig” list! (video of Russia 2045 below)

Do you think I’m a loon to be hopeful? Truth is, a near-namesake is even sunnier than I am. Dick Pelletier, Arizona columnist and blogger at The Positive Futurist is considerably my senior, but he’s unwilling to put a single tootsie in the grave. His essays like ‘Fountain of Youth’ could become reality in 20 years and Powerful immortal bodies on the horizon outline his optimism. In an email to me, he says:

“My personal view: eat as healthy as you can and work your body as much as you think it can stand. Most important is… believe with all your heart that your personal healthcare routine is correct for you and that you will survive until future technologies become available to boost you into tomorrow…. the best we can hope for is a successful bridge into a nanotechnology era (circa 2030s, 2040s)…

My current chronological age is 81; biologically, some doctors say I’m in my late ‘50s, early ‘60s. I have no doubts that I will survive to enjoy an indefinite lifespan…” Mr. Pelletier, bonjour. Mr. Pellissier salutes you. Our similarity extends beyond the French furrier (pelt craftsman) origin of our names. We want to live forever, and we envision multiple pathways to that goal because we know there’s “more than one way to skin a cat.” 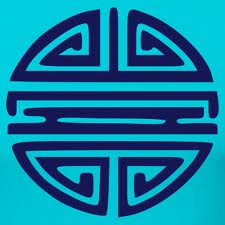