When kids go into the puberty they undergo dramatic changes coordinated by several hormones. However what determines the initiation of these changes? Although genes are timers of puberty, the actual control station is on the genome in the form of DNA-methylation patterns.

In some individuals puberty starts already with 10 or 11 years, while in others it starts many years later: The start of puberty is from individual to individual different. What actually happens in this crucial development phase in the body was tracked back to individual cells and genes. During puberty several fundamental hormone factories are activated, which were previously inactivate or at least set on a minimum level of activity. In girls the hypothalamus starts in the brain to emit the hormone GnRH and triggers the pituitary gland to produce the the critical control hormones of the female cycles. From this time point these hormones control that every month a egg cell in the ovaries matures and prepare the whole body for a possible pregnancy.

The exact details what exactly determines the initiation of puberty are not known. It is clear the the beginning of puberty is regulated by many genes, but the elements that in turn control those genes were unknown. Genes alone can not explain why the timing of puberty is influenced by the environment.

Administration a substances to female rats that prevents DNA-methylation entirely totally abolishes the entry into puberty. The treated animals have did not enter puberty at all and neither ovulation nor they exhibited cyclic hormone fluctuations. The ovary and other organs were ready for action, though the triggering signal from the hypothalamus was missing.

Comparing the DNA-methylation patterns in hypothalamus cells of pre-pubertary with those of sexual mature rats reveals that in the adult rats a specific gene complex was inactivated via DNA-methylation, but not in young rats. This so-called PcG complex is a master regulator of numerous genetic programs. The same complex also suppresses the program that triggers puberty, because the activation of the numerous genes that trigger puberty requires the inactivation of this inhibiting gene complex in rats just before reaching maturity via DNA-methylation.

In such the puberty is not only controlled by genetic Factors but also by epigenetic changes [http://www.nature.com/neuro/journal/vaop/ncurrent/full/nn.3319.html]. 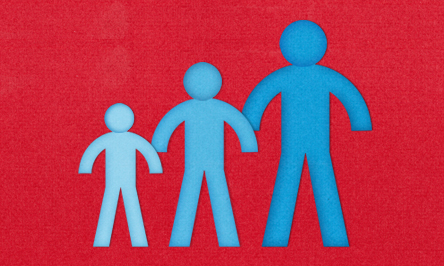