The vacuole becomes less acidic relatively early in a cell's lifespan. The drop in acidity hinders the vacuole’s ability to store certain nutrients which disrupts mitochondria energy source, causing them to break down. Preventing the drop in vacuole acidity preserves the mitochondria's function and shape and extends the lifespan [23172144].

Vacoules are the yeast counterparts of mammalian lysosomes which have the function to degrade macromolecules like proteins and store molecular building blocks. To perform this activity the vacuole/lysosome interioir needs to be highly acedic.

Mitochondria the power plants of the cell are normally beautiful, long tubules. The mitochondrial structure and function exhibits alterations with age [20940129]. As cells get older the mitochondria become fragmented and chunky.

Mitochondria which are normally tubular, fragment and ultimately aggregate in aged cells. Mitochondrial fragmentation is present early in the aging process and progresses to large aggregates and small fragments that persists throughout aging.

ΔΨ-dependent import of the mitochondrial matrix protein Cox4 is reduced in aged cells.

Mitochondrial structure and functions are progressively altered during the aging process.

Inhibiting PKA, Sch9 or TOR by lifespan-extending mutations gpa2, sch9 or tor1 prevents the decline in vacuolar acidity and development of mitochondrial dysfunction in aging cells [23172144]. 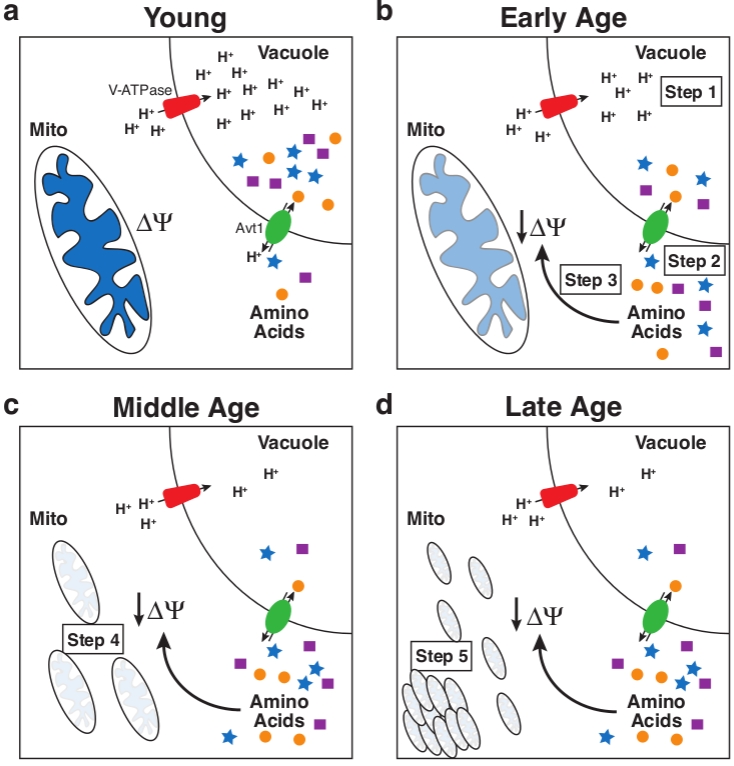 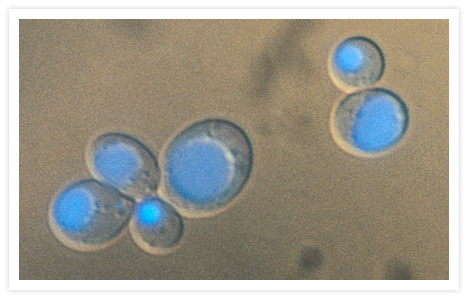