Things that do not have an URI, e.g. character strings are Literals. Character string are not their own separate existence, they are only a property of an Subject. Literals can be various datatypes but are usually a simple string.

Such strings can of course be given in different languages and it can be made clear which language it is used. For this to the string Literal a language tag can be added. Language tags are encoded in two characters (e.g. de, en, etc.).

Literals are usually strings or can have datatypes that are expressed via XML Schema datatypes. Strings might be giving in different languages, that can be denoted via a language tag. 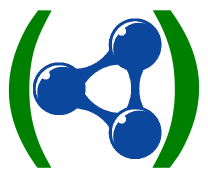