Ontology is nothing else than a kind of Knowledge Representation for Computer Scientists that original stems from the ancient Greek. Ontology was originally part of general philosophy (Meta-philosophy) as knowledge representation is a rather old problem. Already the old philosophers tried to understand what is real and what is the essence of the world and how can we describe the world. This in turn also means how can knowledge be described. In fact, Science has its roots from Philosophy.

It is not not sufficient to represent knowledge in terms of Ontology, we need also some kind of formalized language that we are able to process automatically and that is based on the rules and laws of mathematics. To this end logic is required, its foundation as well as propositional and first order logic. Logic and its associated technologies are required to make the Semantic Web work. All assumptions that are made and all knowledge will be represented by some kind of logic, simply of the fact this is a formal language in logic and there are clear rules and interpretations how logic works. Based on that, what we can do is that we can understand the knowledge representation. Understanding means that we are able to deduce or entail new knowledge that is implicit hidden in some knowledge base and make it explicit. So we deduce new facts which is extraordinary and only logic enables us to do this.

Propositional and first order logic are formal languages that are not very well suited to represent the world, because First Order Logic is much to complicated and propositional logic is not sufficient enough. Therefore something is required that is in-between. For this Artificial Intelligence developed Description Logics. Description logics is a fraction of First order logics. With Description Logics we are able to represent the world, while keeping in the meantime all calculations that are necessary for inference for proofing the correctness and etc. to keep it sufficient in the backed, which means that we can make these calculations in sufficient time. Description logic is a formal language and it is a problem to put Description logics directly on the Web. For that we need some kind of representation language that we can also use and represent as RDF. For instance, the Web Ontology Language is based on special kind of Description Logics. Of course, there might also be situation where this simple description logics is not sufficient really to express facts that are much more complicated (e.g. to express rules). For this we need rules represents things that are not possible to represent with other technologies.

There is a unique and intuitive way to model Knowledge. Statements can be reduced to Triples and Knowledge can therefore be represented by Graphs. Thus, a Intuitive Knowledge Representation is possible with directed graphs.

For instance, the eXtensible Markup Language (XML) is available in the Web to define schemata and denote semistructured information. The same information can be represented in differed ways. XML allows to define simple objects, but they are not connected with each other and it is difficult to decide whether they represent the same or are different.

Of one goes one step further to close the world and define an entire world with Things inside the World to state Facts about this Things inside the World then one need to go one step above and one need to enable greater Semantic Explicitly with the help of the Web Ontology Language and with Rules. This allows to formulate axioms that knowledge, restrictions and constraints about the things that are defined one level below.

These three steps enable to build up Semantic Knowledge Representations for the Semantic Web. 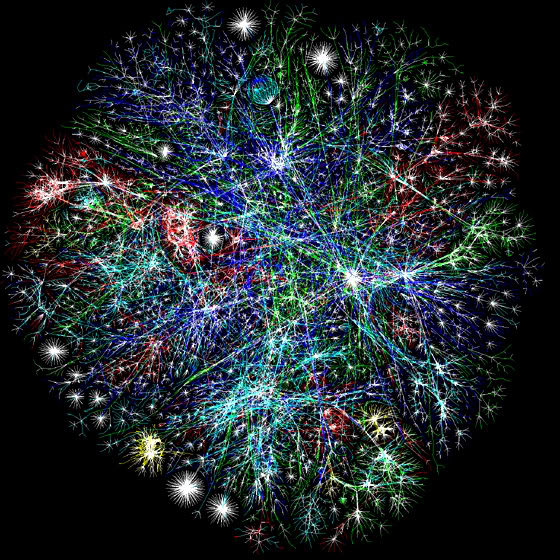