Cancer Is Not Merely Due To Mutations

The change in the tissue landscape and not the accumulation of cancer-causing mutations drive cancer rates higher as we grow older. Instead of gathering mutations until they cause cancer, as we age, the mechanisms that younger adults use to fight cancer, deteriorate. Our healthy cells are optimized for the conditions of our healthy, young tissue. The changes in this balance rather than oncogenic mutation marks no longer a perfect fit for the surroundings. Healthy cells in young bodies quickly outcompete cells with cancerous mutations. However when tissue is old, healthy cells are no longer a perfect fit, and mutations might help a Cancer cell adapt in ways a healthy cell can not. Actually an increasing amount of data is supporting the notation that healthy Tissue is a limiting Factor in developing Cancer.

Spatial Tissue structure, such as that of the colon, slows down the accumulation of genetic mutations, thereby delaying the onset of Cancer [http://www.sciencedaily.com/releases/2011/12/111219101858.htm].

Hundreds of mutations exist in leukemia cells at the time of diagnosis, but nearly all occur randomly as a part of the normal Aging and are not related to Cancer. Each individual has about 10000 Blood Stem Cells in their bone marrow. Each Stem Cell acquires about 10 mutations over the course of a year. At the age of 50, an individual has accumulated nearly 500 mutations in every blood cell. Such random background mutations occur during cell division and are unrelated to cancer. DNA can tolerate a huge number of these hits without any negative consequences. However, if a Cancer-initiating event occurs in one of these Stem Cells, it captures the genetic history of that cell, including the earlier mutations, and drives leukemia to develop. The total number of mutations varies by age, not by whether a individual has leukemia. Therefore, a healthy person in 40s had just about the same number of mutants in his blood stem cells as a individual with leukemia of the same age had in his cancer cells [http://www.biocompare.com/life-science-news/117645-hundreds-of-random-mutations-in-leukemia-linked-to-aging-not-cancer/].

The Immune System constantly eliminates pre-malignant cells. However, the changes to the Immune System during Aging and the increased Inflammation give opportunity to tumorgenesis.s

T-lymphocytes are produced in the thymus and nowhere else. The thymus involute early in life (as early as one year of age) in that it leaves older people immunodeficient. Progressive thymic involution is responsible for the circumstance that elderly individuals have very poor thymic function. They produce very little T-lymphocytes and because of that they are more susceptible to infections, Cancer, and autoimmune disease. Cancer incidents increase in elderly people because they cannot generate T-lymphocytes and therefore cannot recognize and attack tumours. One major characteristic of the thymus found nowhere else in lymphoid organs is the expression of Wnt4. Overexpression of Wnt4 in hematopoietic stem cells leads to bigger thymus and the production of 3-4 times more T-lymphocytes. In contrast, knockout of Wnt4 causes thymic atrophy. Thus Wnt4 is necessary for normal T-cell production and Wnt4 overexpression is sufficient to improve thymopoesis [http://www.scientistlive.com/european-science-news/opinion/strengthen_the_immune_system,_prolong_life_expectancy/20936/].

A cancer-related gene is either an oncogene or a tumor-suppressor. The overactivation of Oncogenes and the inactivation of Tumor Suppressors are the essential parts of tumorgenesis. Tumor-Suppressors are subdivided in caretakers and gatekeepers which stabilize the Genome and prevent Overproliferation, respectively. There is even a landscaper category of genes that prevent the spread of the Cancer.

Dietary restriction (DR) both slows down Aging as well as prevents Cancer. Basically what DR does is to downregulate Oncogenes and upregulate tumor-suppressor genes. Actually this could be tested.

GH/IGF-I: The growth hormone/insulin-like growth hormone axis promotes Aging as well as drives Cancer via the stimulation of cell growth and proliferation, yet this axis is attenuated under DR and numerous other Lifespan-extending Interventions.

TOR: Target of rapamycin downregulation is part of the DR mechanism and its and TOR is bona fide Oncogene.

PI3K: Phosphoinositide 3-kinase is a oncogene which is inhibited by DR and lifespan extending manipulations. Overexpression of its counteractor PTEN a tumor suppressor is sufficient to extend lifespan.

Sirtuins: Sirtuins are in essence Tumor Suppressors. Overactivation of some of them even retards certain aspects of Aging.

Apoptosis: DR has very different effects on proliferative vs. non-mitotic tissues. It reduces cell proliferation and leads to higher rate of Apoptosis (which might be neoplastic cells) in proliferating Tissues. This eliminates pre-cancerous/cancerous cells. In net effect it leads to higher Tissue turnover and in such it cleans Tissues. Postmitotic cells upon DR in contrast employ more cellular repair processes and exhibit higher stress resistance. 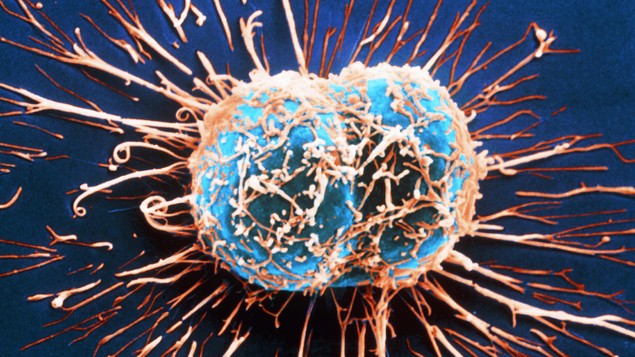