The relational model has a long history and is the foundation of the Database Management Systems. It is a very simple model which is one of its benefits.

Further, it can be queried, which means one can ask questions of databases in the model using High Level Languages. High Level Languages are simple, yet extremely efficient implementations of the relational model and of the query query languages on that model.

The primary construct in the relational model is in fact the Relation. A database consists of a set of Relations (refereed to as "Tables"), each of it has a name.

Table Relations shall be named using singular, rather than plural names (just for the sake of conventions).

Every Relation in a relational database has a predefined set of of columns or attributes each of which has a name or at least an unique ID.

The actual data is stored in tuples (or the rows) in the tables.

In each column in a relational database, typically each attribute or column has a type (sometimes referred to as a domain). For instance, the ID might be an integer, the name might be a string, a number might be float and photo might be a jpeg file.

It is typical to have just atomic types in relational database, but many database systems do also support structured types inside attributes.

A schema of a database is the structure of the Relations. In such the schema includes the name of the relation and the attributes of the relation and the types of those attributes, where the instance is the actual contents of the table at a given point in time. Typically the schema is set up in advance, then the instances of the data will Change over time.

Besides that most columns have types, there is also a special value that is Null. Nulls are very important in relational databases. Null values are used to denote that a particular value is maybe unknown undefined.

It need to be carefully when queries are run over Relations that have null values. Greater than and smaller than queries do exclude rows with Null as value if it queried on exactly on this very attribute.

If one want to run a query to get a specific tuple out of the database one would do that by asking for that tuple by its key. Related to that database systems for efficiency tend to build special index structures or store the database in a particular way. This it is very fast to find a tuple based on its key.

Creating a table in SQL language is very simple. One just says "CREATE TABLE", give the name of the relation and a list of attributes as well as types for the attributes if desired. Its attribute name is followed by its type. 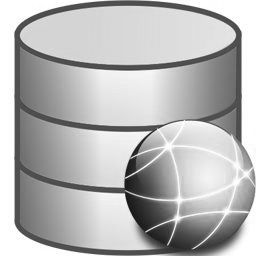