Bivalves include species with the longest metazoan lifespan approaching 400 years [19268513]. Ocean quahog Artctica islandica is the longest-lived of all bivalve and molluscan species on our planet. A lifespan close to 400 is common for this species [18484411]. A. islandica can live more than 500 years [http://www.museumwales.ac.uk/en/whatson/?event_id=5464].

In A. islandica, after maturation catalase citrate synthase activity and glutathione concentration are kept rather stable for > 150 years. Remarkable, superoxide dismutase activities are maintained on high levels throughout life time [18484411]. 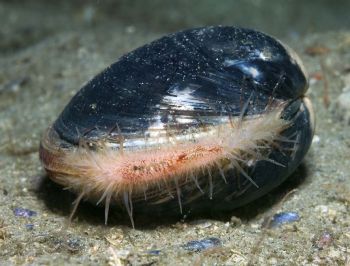