The goal of ENCODE (ENCyclopdia of DNA Elements) is to systematically characterize all functional elements in the human genome.

What has been rendered as "junk DNA" in the human genome is actually a massive control panel with millions of switches regulating gene activity. While only 2% of the genome encodes for genes, approximately 80% of the genome is active participating in regulation. Such controls elements are often far away from the genes they regulate and loop around to make contact [http://www.wissenschaft.de/wissenschaft/news/316084.html; http://www.embl.de/aboutus/communication_outreach/media_relations/2012/120905_Hinxton/index.html].

ENCODE data is published in form of threads:

There is a pervasive presence of lowly-expressed RNA transcripts which localisation is restricted to the cell nucleus [http://www.biocompare.com/Life-Science-News/120502-Comprehensive-Transcriptome-Analysis-Of-Human-ENCODE-Cells/].

More than 4 millions of regulatory regions where proteins specifically interact with the DNA were determined. The information processing and the intelligence of the genome reside in the regulatory elements [http://www.biocompare.com/Life-Science-News/120493-UC-Santa-Cruz-Provides-Access-To-Encyclopedia-Of-The-Human-Genome/].

Regulatory DNA elements and non-coding RNA control when a gene is turned on and off and can also amplify or curtail expression of a given gene.

There is a preferred order and distance between the regulatory elements and their targets.

Genetic difference between individuals is often the result of differences in regulatory elements.

Some regulatory factors like to bind to neighbouring sites within the same switch in and effort to co-regulate a gene, while other factors piggyback onto others in order to exert another layer of control.

There are more than 200 mitrons (miRNAs generated by splicing).

Binding patterns of CTCF is plastic yet reproducible and significantly different between normal and immortal cells [http://www.biocompare.com/Life-Science-News/120440-The-ENCODE-Project-Publishes-New-Genomic-Insights-In-Special-Issue-Of-Genome-Research/].

Small segments of DNA coding for control regions are often quite close (in the 3D space) to the genes they control [http://www.nytimes.com/2012/09/06/science/far-from-junk-dna-dark-matter-proves-crucial-to-health.html?_r=1&]pagewanted=all]. 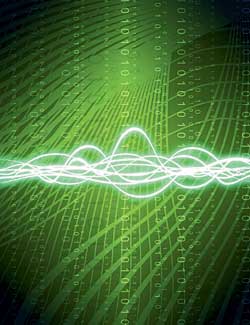