Change: A Leading Authority on Aged Population Faces His Own Aging Challenge

A Leading Authority on Aged Population Faces His Own Aging Challenge

Friends from around the world of well-known gerontology researcher L. Stephen Coles, M.D., Ph.D. are rallying to his support. Dr. Coles, 72, is a recognized authority on aging. He is a co-founder of the Los Angeles Gerontology Research Group and Supercentenarian Research Foundation. He and his team are frequently cited in TV, newspaper, and magazine articles about developments with the oldest worldwide humans, supercentenarians (110+ years of age).

In addition to his sharing findings with the public, Dr. Coles is conducting genomic analysis to determine how the oldest people are so successful and long-lived. Coles has worked tirelessly to develop new ways to increase the healthy years of peoples' lives by slowing human aging.

His pancreatic cancer is particularly insidious. Steve Jobs, founder of Apple Computer, recently succumbed to it. In his battle, Jobs took an Alternative Medicine approach that has been described by some experts as uninformed.

But Dr. Coles, being an authority on aging, is taking advantage of more precise and scientific technologies. So far he has utilized cutting-edge methods to identify, in the test tube, what chemotherapy agents would be most effective for his particular tumor.

All cancers are genetically different. The next round of therapy is crucial and will be utilize even more refined, cutting-edge and effective technologies provided by Champions Oncology in Baltimore, MD. Champions' proprietary TumorGrafts in a mouse model is even more advanced to analyze Coles's tumor tissue and identify the cancer treatment that has the best chance for success in preventing metastases to other organs for his individual cancer.

Also unlike Jobs, for most of his life Dr. Coles has focused on the most important thing: the quest to slow human aging and increase healthy lifespan -- not the accumulation of wealth and assets. Jordan Rubinson, Vice President of Champions Oncology and their management recognize the need for Dr. Coles to continue his work to help people, and has significantly reduced the cost for the analysis. Sadly, past treatment and surgery has already drained Coles's personal funds.

The international community composed of scientists as well as informed individuals has created a fund. The website with more information and that can collect contributions is at [http://youcaring.com/SteveColesAdvancedTreatment]. 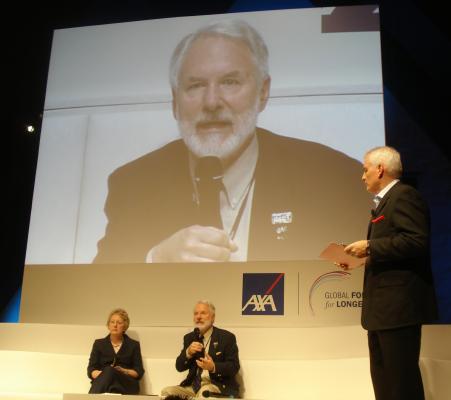